Ellen Cavert – How It All Began 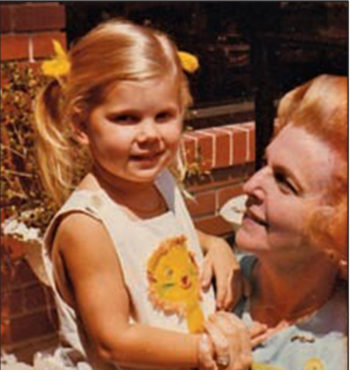 Ellen Cavert had already raised her four children. When tragedy struck, she and her husband Tillman were just beginning to experience the special joy that comes with being grandparents. Their daughter Ray, expecting her third child in November, gave pre- mature birth to twins on Aug. 18, 1972. For eight days, Ellen divided her time between caring for Ray and Richard Martin’s two older children, Grace, 4, and Charles 2 and being at Wolfs Hospital praying for Abby and Annie, her infant granddaughters. On the eighth day, Abbie Martin stopped breathing.

“We were all to see that little baby go. It shouldn’t have happened,” Ellen s ruefully, noting that the twins had been forced to share the hospital’s one incubator and one respirator, placing both in mortal danger. In fact, at the very moment that Abbie stopped breathing, Annie went into cardiac arrest. With attention and equipment then focused on one baby, Annie survived, but Wolfson was still not equipped to give her what she needed. Ray and Richard Martin whisked the infant, in her incubator, to the back seat of their station wagon and rushed her to Shands Hospital in Gainesville.

It was three months before Annie was strong enough to come home, and for several more months, the family wore surgical masks and treated her like a delicate porcelain doll. She was nicknamed “Peanut” because she was so tiny that she fit into her father’s hand.

In the meantime, especially after attending the sad funeral of her lost granddaughter, Ellen Cavert was haunted by the fact that her death might have been averted had the proper equipment been on hand at Wolfson Children’s Hospital. Spurred by a strong desire to make things right so that this would never happen to another child, Ellen approached pediatrician Dr. J. W. Hayes and asked for his advice. The lifesaving equipment certainly existed and could be obtained, Dr. Hayes advised, but it would take time and money. Ellen prayed fervently for guidance and support from God, and from Tillman, and then set out to launch a fundraising campaign that was unlike any Jacksonville had ever seen before.

“Women weren’t in the plans of things back in the ‘70s,” recalls Ellen, “but the good Lord oversaw the whole thing from the beginning.” Gathering 39 other women, including her daughter Ray, to “hit the road, go into business offices and ask everyone for money,” this determined grand- mother established The Women’s Board.  Today, membership on The Women’s Board has grown from 40 to more than 400 volunteers. The organization has raised more than $24 million dollars for Wolfson Children’s Hospital, helping to save thousands of young lives. In addition, the Art & Antiques Show and the Florida Forum, the annual fundraisers of The Women’s Board, have taken on lives of their own and become two of Jacksonville’s most outstanding social events.

Yes, the good Lord has been in charge from the beginning and has blessed The Women’s Board.  Former President Susan G. Smathers credited Ellen Cavert’s focus on a “Sweet Spirit” for the phenomenal success the organization has achieved toward their goal of helping Wolfson Children’s Hospital. “With Ellen, it truly was about getting relationships right – whether it was how we treated fellow committee members or the men from Baptist who do the heavy lifting, or the hospital president, or the doctors and nurses, or the patrons and corporate sponsors of our events,” said Smathers. “It was all about respect, appreciation and, yes, that Sweet Spirit.”

In addition to Ellen Cavert’s sweet and unassuming leadership, the ongoing support of her family has been vital to the growth of The Women’s Board. Ellen’s late husband of 73 world-renowned big game hunter Tillman Cavert, passed away in May of 2013. He was integral in helping her establish and then guide the Women’s Board. “My husband was my everything,” said Ellen. “I always listened to his suggestions. He would help me decide on everything. He blessed me all those years by being right by my side.”

The beloved matriarch of her family, as well as the honored founder of The Women’s Board, Ellen Cavert has earned a position of respect that few women can rival.  “Granny has made her mark in this community by helping save the lives of thou-sands of children,” said her granddaughter, Grace Sarber. The oldest daughter of Ray and Richard Martin, Grace is now following in her grandmother’s footsteps as the incoming President of The Women’s Board for 2014-16. Grace has literally been a part of The Women’s Board nearly all her life. She was almost five years old when her twin sisters were born at Wolfson Children’s Hospital, and her memories of that pivotal time are as vivid now as if they happened yesterday.

It all started when Grace and her younger brother, Charles, were in the family station wagon with their mother as she pulled into the Cloth World parking lot in St. Nicholas on Aug.18, 1972. “Mom stood up to get out of the car, looked down at the seat, and realized her water had broken,” recalls Grace. “We’re going home,” Ray told her children. “The baby is coming.” Grace remembers seeing fear on her mother’s face for the first time ever. “We got home and Mom called Granny. Then I didn’t see her again for a long time.”

Snippets of conversation swirled around Grace for days…identical twin girls…in trouble…it’s touch and go…we’re all praying…and then one day her mother told her that one of the babies had died. Grace ran out of their house on River Road. Tears streaming down her face, she sank to the ground, pulled her knees to her chest and wrapped her blue flowered dress around them. “I stared at the blue floral print and asked Jesus to please tell my sister Abbie I was sorry I missed meeting her. I prayed for Annie not to die and to come home to us.”

Annie did come home. She spent much of her childhood helping her grandmother, mother, and sisters (Grace and younger sister Berrylin) with the Art & Antiques Show that benefited the hospital where she was born. Ironically, Annie eventually earned her Master’s Degree in design from an Italian Art Institute (L’Istituto per l’Arte e il Restauro Palazzo Spinelli) in Florence and became a designer and a widely-acclaimed expert in antiques. Annie Martin Francis and her husband recently moved to St. Petersburg, Florida, but continue to participate in The Women’s Board Art & Antiques Show each December.

And now, carrying on the “Sweet Spirit” tradition, Grace Sarber will be at the helm of The Women’s Board. In addition to having inherited her grandmother’s pleasant disposition, abiding faith in God, and deep devotion to children, Grace has spent a lifetime hearing and adhering to “Ellenisms.” “My grand- mother’s sayings have become familiar to all the volunteers at The Women’s Board,” said Grace, smiling. “They are as much a part of our wonderful organization as she is.”

Just a few “Ellenisms” that continue to guide The Women’s Board are: “Do things first class.” “Don’t let any- body steal your joy.” “Anybody’ll give money to help a sick baby – all you have to do is ask them.” “If it isn’t nailed down, you sell it!” “Try every possible source to get something donated, before you buy it,” and “You can’t thank people too many times.”

Ray Martin, the mother of the twins who were the catalyst for the lifesaving campaign launched by her mother more than four decades ago, has mixed emotions about her daughter accepting the presidency of The Women’s Board. “I’m excited for Grace to have the opportunity to serve in the area of her gifting and I’m a bit apprehensive in a protective way because she has three young children,” said Ray. “That’s why my main role with the Women’s Board in the coming years will be babysitter for the President’s children and caregiver of the Founder. We have an amazing heritage. Grace has asked for God’s direction and we know that where He leads, He will provide.”

Give in honor of Ellen’s 100th Birthday. 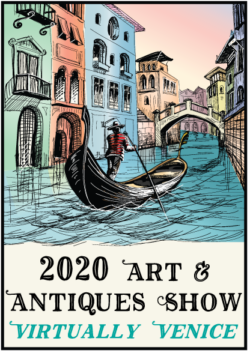 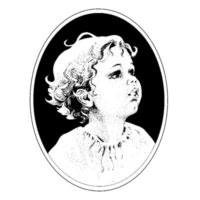